“Most of all, people know about the calm, unarmed fight the Finnish had fought against the power of money and greed, as well as the fight against frost, stone and predators. Still one meets people who do not know more about Finnskogen, than the great amount of superstition and home-brewing. And journalists arrive, wanting to know more about this superstition, and to write witty articles about moonshine and the wild life at the youth house. As they search, they find.” 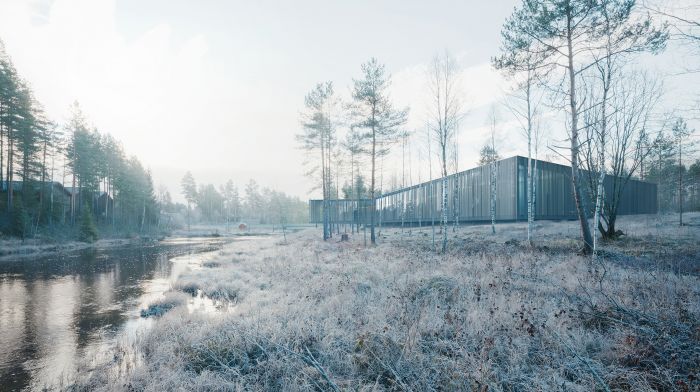 The new museum in Svullyra will be a celebration of the Skogfinsk culture and also reflect the Skogfinnish identity, life and work. The museum will be a center-point for spreading the historical knowledge that till today has been largely unknown and simultaneously provide space for research and documentation of the very same history. At the same time, the museum will be a cultural, social and identity strengthening gathering place for the local people of Svullrya.

The history of the Skogfinniards starts with the traditional forest management and the effects that this has had, both directly and indirectly. The forest, and the resources it holds, has founded the core of the Skogfinnish people’s identity since immigration began in the 1600’s. The forest has therefore been a given premise for the design of the new museum. In line with the Skogfinnish traditions, the project is based on simple and understandable principles, as well as a sensible use of local raw materials.

The area around of the museum site is like the rest of Finnskogen, characterised by elongated pine trunks, mixed forest, small hills and sublime surroundings. This makes for a beautiful back-drop for the new museum which is given a subordinate role in the larger context. The formal language is crafted, precise and unpretentious, with the round timber columns in the facade that allow the building to blend into surroundings of naked tree trunks. Equally, the reflections from the glass facade in combination with the exterior cladding gives a varied and exciting light and sparks curiosity and wonderment amongst passers-by.

There are several reasons why the project is elevated from the ground, but the symbolism lies in the respect for the Skogfinsk culture and their respect towards everything that surrounded them. In this way, the architecture itself can relate to relevant elements of the history to be told.

The generous public areas have clear references to the characteristic forest motif and gives associations to different sightlines and varied light projections. The museum will not only tell the story of the Skogfinnish history through different exhibited objects, but also give the visitors a new experience of being in the forest. 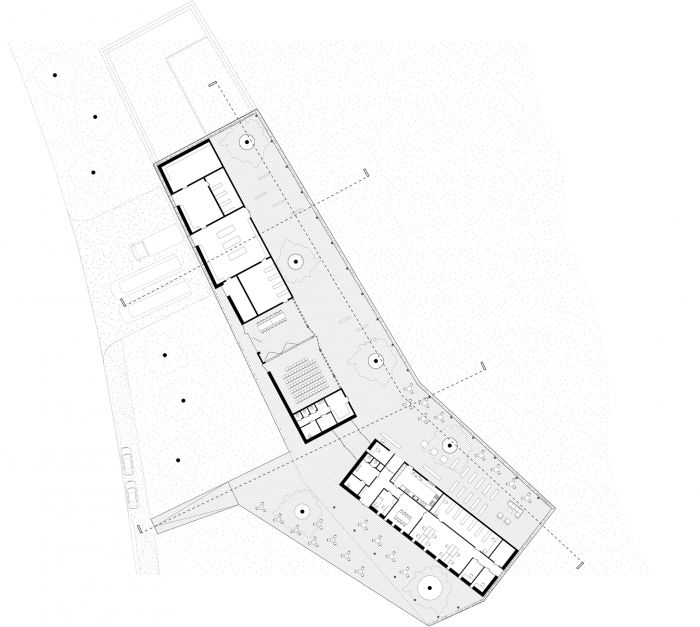 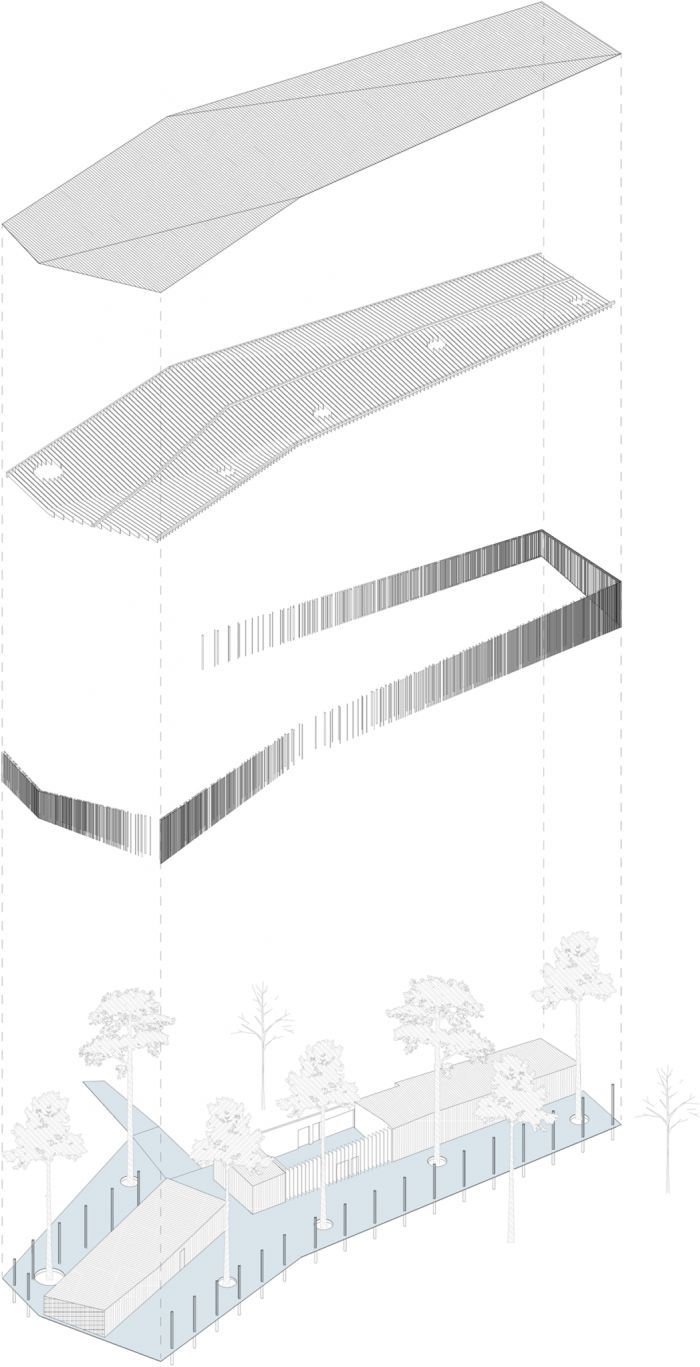