Scandic Hotel Hamar exists today as two volumes from 1990 and 2006. The task involves the design of a new volume that aims to solve current logistical challenges, provide 75 additional hotel rooms as well as meeting rooms and offices that support the existing adjacent conference facilities. 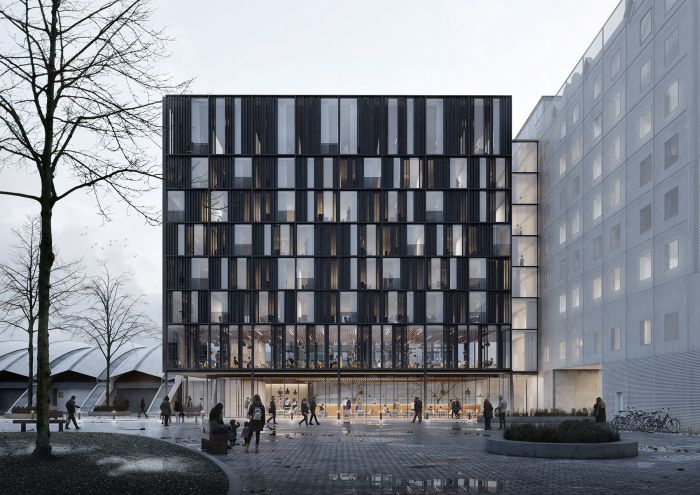 An upgrade of the postmodernist facade was also included in the client’s order. The original building reminds us of a time where ornamental tiled facades, uniformity and prefabricated solutions blossomed through europe from the 80’s into the 90’s. A facade that has both repelled us and intrigued us.

Through the use of a light perforated aluminium mesh facade, we could dress the existing hotel in a new fabric while still exposing the history that lies behind it. This system would also inspire the facade-modules for the new-build. A range of transparency formed by a pattern of perforated and solid black partitions, creates a diverse and playful facade over the rational and repetitive structure of hotel rooms. Together the old and new are harmonized, without erasing the traces of its past. 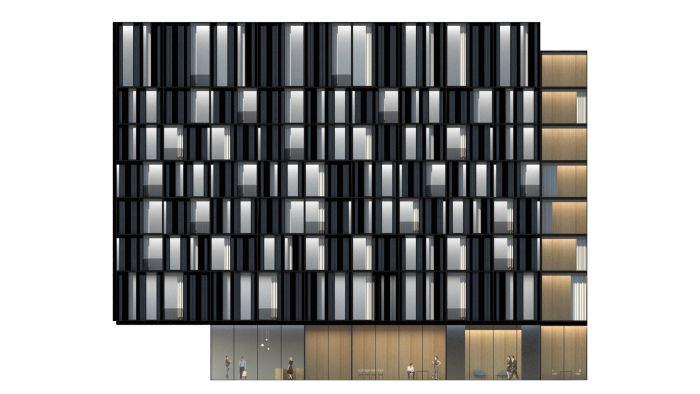 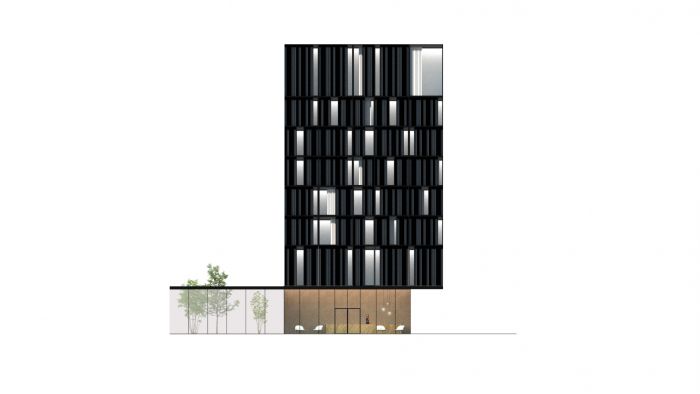 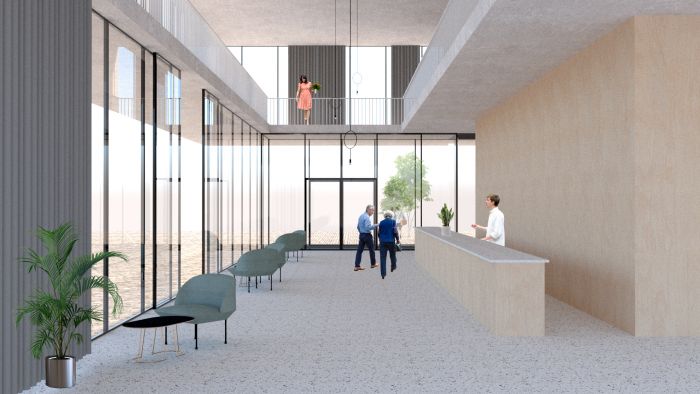 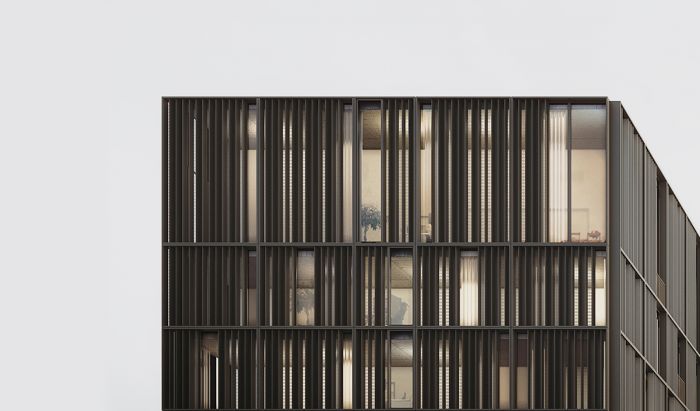 Render: Beauty and THE BIT